She's Got A Way

I can't even begin to describe what it felt like to have this little 12-month old wonder, wake up during a weekend at Aunt J's and just want to snuggle.  She crawled in bed with me, put her arms around my neck...and just laid there for over an hour somewhere between slumber and wakefulness.

For afternoon naptime Mr. Thompson wanted a taste as well, so he asked if he could rock her.  2 1/2 hours later...when I asked him if he felt rested, he got choked up and said that he's never enjoyed something so much.  Heartbreaking, in a way, because I can't give him that.

We are in so in love. 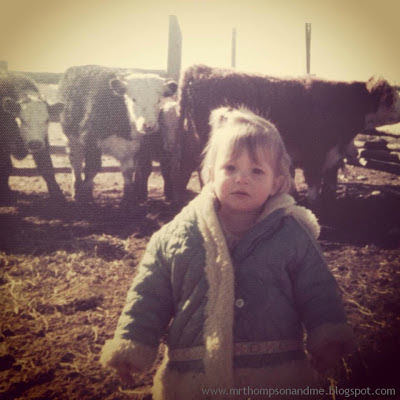 When I was not yet two years old, my dad threw me into the cow pen.  Alone.

I faintly remember feeling really scared until I looked up at my dad and that's when I knew everything was going to be okay.   I think that this is my very first memory which seems appropriate.

Because there have been many more since.

My dad putting me in the driver's seat of a tractor before I was five or six and telling me to hurry up and drive.  Alone.  My dad making me change a truck tire by the time I was ten.  Alone.  My dad sending me out onto the wilderness at my grandparent's ranch with my horse to round up cattle when I was barely thirteen.  Alone.

But while I was riding that wilderness range, I do remember looking up on a distant ridge and seeing a lone man on a horse.  Always watching which was a comforting and familiar sight.  It was the same distant outline that would watch from the corner of the hay field and the shadow of the garage.

At two years old my dad started teaching me the important life lesson of self confidence.  It is a lesson for which I am infinitely grateful, especially as a modern woman.  Whenever there is something difficult at hand, I always know that I can handle it.  Somehow.  Someway. 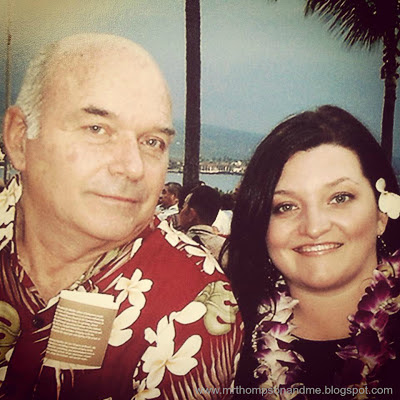 Which is why infertility and infant loss will never defeat me.
Posted by Mr. Thompson and Me at 10:10 PM No comments:

Get Fit to get FET!

I'm going to go through FET (frozen embryo transfer) again this fall.  We have eight embryos on ice that I don't want to lose sleep over.  Who wants to live their life with regrets?...(not me!) so my goal is to lose 30 pounds and set myself up for higher success with those two Grade-A 5-day blastocysts.

I am a creature of hope and faith so I've at least got to give it my very best shot (literally and figuratively).  Today I renewed my pass to the gym to get me moving in the right direction.

What is your very best fitness advice?

A new "Me" as I continue to share my journey through infertility and infant loss with an extra shot of hope and happiness.  This is, after all, the daily dose that I can look forward to... and I hope you will too.

What do you think?!


(A big thank you to my friend Jenn over at Munchkin Land Designs.  She is a creative genius and I love what she did for me.  Thanks Jenn!)
Posted by Mr. Thompson and Me at 10:54 PM 4 comments:

My Experiments With Truth

I have a manta which usually gets me in trouble. It is...

According to my mother, I adopted it when I was quite young and it almost killed her through the teenage years.  As I've gotten older, sanity has been restored and caution has crept in.  I guess if you do enough crazy/stupid/"what-in-the-hell-was-I-thinking?!" things...at least a little common sense will eventually settle.


So when my little sis called me a few months ago to ask me to watch her five kids (all under the age of nine, by the way), I will confess that I paused for just a second. But only a second. Because I'll try anything.

Especially for my sister, so off to Hawaii she went for seven days in paradise while I took the time off work to experiment with the truths associated to parenthood.  (You know, that part where society tells us how wonderful it is.)

I think I want children?  Well here was the opportunity to experiment and explore served on a silver platter.

Today is Day 8 and I don't think I've ever been this tired.  (That's saying a lot since I manage disasters for a living.)  Yesterday I took my first shower in two days.    I haven't flossed in a week.  Putting on makeup now involves just swiping on chap stick.  Before this morning I couldn't even tell you where my work phone and laptop were (a. very. big. deal.)

But oh what fun we are having!   There have been wonderful lessons with My Experiment. Here are a just a few that I've captured in my journal (my "journal" being Face.book, of course)".

﻿﻿ ﻿﻿ Day 2 of My Experiment With Truth: Do. Not. Ever. Laugh. At. The. Ridged. Schedule. Your. Sister. Keeps. Ever. Again. (Nine years ago she abruptly left a family reunion in the backwoods because she couldn't put my nephew down for his nap at exactly 12pm. I've given her crap ever since... but after this week...I take it all back. Her ridged schedule as literally saved my life. Like clockwork the baby goes down for a nap at noon with not a peep or cry. Exactly 2.5 hours later (I can predict it within 10 minutes) she will wake up a really happy baby. Like clockwork I put her back in bed at 7:30pm where she will stay until 7:30am the next morning, again without even a whimper or cry. (She just lays down and goes to sleep - weird!).  In similar fashion,  I tell the boys to go to bed at 8:00pm and they march to do it and I won't see their faced until exactly 7:35am the next morning.  Amazing!  (I wonder if sister will train my dog?!)

Day 3 of My Experiment With Truth: Turn off the electronics. If you do, they will use their imaginations!  These kids love the gadgets but now they love their costumes more.  (Note to self: always have a well stocked dress up box like sister...and mom...and grandma...and great grandma...)
﻿ 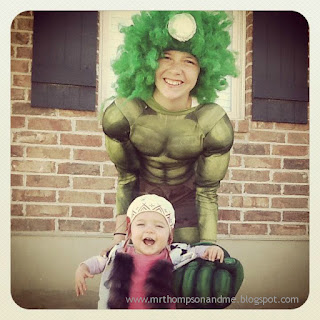 Day 4 of My Experiment With Truth. ALWAYS sleep when they sleep. ALWAYS have the safety diaper in place. NEVER turn your back on a four year old sitting on a counter top with a full gallon of milk. ('nough said)

Day 5 of My Experiment With Truth: Enjoy the quiet while you can. There is a reason why my sister has a big bathtub with an accompanying 10 lb bag of soothing bath salts and a pile of People magazines...

Day 6 of my Experiment With Truth: Keep a kabob skewer on top of the door frames. (and so it would appear that my NYC skill of picking door locks is either genetic or a talent shared by every parent who has a really mad 4 year old...)

Day 7 of my Experiment With Truth:  Always give props to single moms and help them when you can! 3 hours of church with 5 kids under the age of 9...by myself...bam!  But it wasn't easy. (and we were even 10 minutes early, thank. you. very. much.) Single moms everywhere - I salute you.


(and just for the record...yes, I still want to be a mom!)
Posted by Mr. Thompson and Me at 5:23 PM 1 comment:
Newer Posts Older Posts Home
Subscribe to: Posts (Atom)